President Obama's record on development: Does it deserve a "shellacking"? 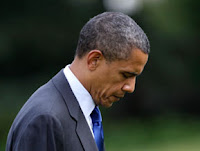 President Obama came to office with some optimism about his views on international development. The optimism was tempered by the reality of the huge domestic issues he would face and the knowledge that he was a foreign policy realist and so likely to be evolutionary rather than revolutionary in foreign affairs. See my powerpoints presented at Westminster on the eve of the 2008 US elections.

On Tuesday the President got a shellacking from the US voters on his domestic record. Should he get one from the citizens around the world on his global development record?

This is not easy to answer without a comprehensive review, I'm afraid. The closest such was in January 2010 by Noam Unger and Colin Bradford at Brookings (if you know of others please let us know). They summarize the record then as:"The Obama administration’s mixed track record on seizing global development leadership opportunities merits a mediocre grade for 2009. However, several late-breaking developments and ongoing efforts could help the administration improve this grade in 2010". The late breaking developments were the appointment of Raj Shah as USAID Administrator and an ongoing review of where USAID is located in the Federal Bureaucracy.

Do we have any evidence to infer that the US is moving in the right direction?

* His track record on the the environment is mixed: better for domestic green issues than international ones. In response to the questions "Do you think the environment is better now than when Obama became President?" the bloggers at Greenanswers.com conclude "Even after looking at all the data from the last two years, the only possible answer is deeply unsatisfying but ultimately legitimate: we just don't know yet."

* His MDG speech in September 2010 was welcomed widely and began to lay out the elements of the new US Global Development Policy. The 5 planks: (a) going beyond aid, (b) partnering with countries willing to take the lead, (c) broad based economic growth, (d) mutual accountability, and (e) division of labour in development cooperation.

* In terms of specifics, the Feed the Future initiative seems to have the potential to galvanise new investments in agriculture in African countries--of course in what the investments are made and how that is determined remain crucial to its success.

* Beyond words, perhaps the most significant change is the inclusion of USAID in the National Security Council (NSC). As in the UK, this could lead to the better use of aid for peacebuilding and conflict prevention to prevent poverty and inequality or it could lead to aid being used purely military reasons. The UK Independent Commission on Aid and the increased focus on transparency should help mitigate these risks in the UK (although the data in the excellent new report from Publish What You Fund show that what agencies say on transparency is not necessarily correlated with what they do). The US will need strengthening of the checks and balances to ensure the NSC becomes a greater force for development rather than the other way around.

Back in November 2008 I suggested that the incoming President should

The promise and the effort are there on some of these issues, but in terms of delivery and the outcomes it's too early to tell.

Strangely enough the election outcome may not be a bad thing for US efforts on global development.

As the President gets stymied more on domestic issues, he may turn his attention increasingly to international ones.