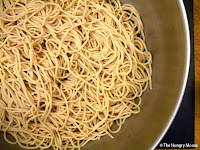 The thousands of participants in the on-going Cancun Climate talks not only represent dozens of countries, they also represent a plethora of international agencies working on the environment.

Does this gaggle of organisations help or hinder the talks?

I invited Matthew Lockwood of ippr to do a guest blog on the topic, based on a new paper by Uma Lele and colleagues. The paper picks up on the "donor schizophrenia" theme in an IDS paper earlier this year by Paul Isenman and Alexander Shakow. The paper will also be forthcoming as a Lincoln Institute of Land Policy working paper.

"Lawrence has forwarded me a copy of a paper written by Uma Lele, Aaron Zazueta, and Benjamin Singer based on a review of over 55 independent evaluations of international environmental organisations.

There are some interesting nuggets in the report about what is happening on the ground – for example, suggestions that the rate of tropical deforestation is slowing right across Africa, Asia and Latin America, for a variety of reasons. But mostly it makes for depressing but predictable reading, mainly because it is clear that the same problems that have plagued the institutional delivery of aid in general for decades are already applying in spades to climate finance.

One familiar problem is the multiplication of funds and initiatives. There are 29 bilateral agencies providing climate or forest funds, and the World Bank alone manages 12 carbon funds. Meanwhile there are 45 UN organisations that have responsibility for some aspect of the environment. Lele and colleagues describe the international environmental architecture as a ‘bowl of noodles’ because of the complex interactions between all these funds and agencies.

Not surprisingly, perhaps, it is also a dysfunctional architecture; donor-driven, with a generally poor record on learning and evaluation. The report also emphasises the failures to build capacity for adaptation and mitigation that was supposed to be a key part of the road map from the 2008 climate summit in Bali: “many more resources go to the international consulting industry (dominated by the north) than to capacity building in developing countries”. While it somewhat glosses over the political and governance problems in many countries that need the capacity the most, all of this does give a sense of why some of the larger players, such as Brazil and China, are relying on their own programmes and resources instead.

Given the continuing scarcity of climate finance (the report details the funding gap), and the fact that the North really does owe affected people in the South this money, surely it is time to rationalise this architecture and produce something simpler and more effective. It would be nice (although probably unrealistic given the nature of the UNFCCC) if a way could be found at Cancun to stir the noodles into something more appealing."
Lawrence Haddad at 07:10
Share