The New Hunger Figures: What Do They Tell Us? 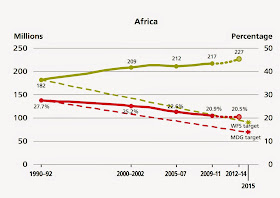 The 2014 State of Food Insecurity in the World (SOFI) was released recently by FAO, IFAD and WFP, the three Rome-based UN agencies tasked with supporting efforts to reduce food insecurity and hunger.

SOFI centres on "undernourishment" estimates.  These are generated by estimated calories from food supply (production and net imports), divided by population to get a mean per capita value.  Undernourishment is the percent of a population below a minimum energy cutoff.  To estimate this percent, a log normal distribution is assumed for calories, then a coefficient of variation is assigned (which measures the spread of the distribution) by drawing on occasional income or food consumption surveys either from the region or the country.

Undernourishment is a rough estimate of hunger.  FAO is working on making it better through the use of more surveys to test assumptions and through working with Gallup on the new experiential hunger estimate, but for now this is the best we have.  (We need a Global Database on Food Security where all the food availability/food consumption surveys are vetted, reworked and housed, but that is another story.)

So what does the latest SOFI say?

* China is responsible for 138 million of the 210 million decline over the past two decades.  Take China's extraordinary performance out and the rest of the world does not look so great.

* Numbers undernourished in Western Asia (Iraq and Yemen are the 2 countries accounting for most of the regional numbers) have increased from 8 to 18.5 million in the past 20 years.  A reflection of the instability and conflict in the region.

* At the country level, there are some very odd numbers in there.  For instance, Zambia is 48% undernourished, and Lesotho  is 12% and yet they have similar Gross National Income per capita at purchasing power parity ($3070 in Zambia, $3320 in Lesotho) and in terms of inequality the poorest 20% of the population captures about the same proportion of income in each country (3.6% in Zambia and 3.0% in Lesotho).

* The report picks up on the idea of "enabling environments" which has been promoted by the DFID supported Transform Nutrition research programme (IFPRI, ICDDRB, IDS, PHFI) although it does not say much about how to construct them.

* The 7-8 country vignettes are nice because they show some of the complexity involved in attempting to reduce hunger,  but we need more than the box at the end of the vignettes to draw some cross-cutting conclusions.

* The report says the MDG hunger target is within reach, but does not say what "greater efforts" needed to reach it actually means.

Given the flawed nature of the data, and the fact that there is nothing better out there, these SOFI Reports do a good job of giving us a rough sense of the direction of travel different regions are making in the fight against hunger.   But their effectiveness simply masks the need for a Global Database on Food Security.  Someone needs to step up and fund that.
Lawrence Haddad at 07:58 1 comment:
Share

Turning Rapid Growth into Meaningful Growth: Nutrition on the Cusp in Zambia 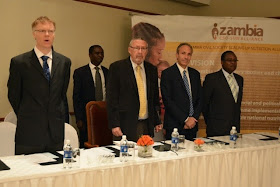 Earlier this week I was in Lusaka to help launch a new IDS report that I co-edited with Jody Harris (IFPRI, lead editor) and Silke Seco Grutz (DFID-Zambia) called "Turning Rapid Growth into Meaningful Growth: Sustaining the Commitment to Nutrition in Zambia".

The 11 articles were all prepared by Zambians and authors living in Zambia, so the papers are well rooted in the realities of the Zambian nutrition situation.  The papers noted the rather static nature of nutrition indicators in Zambia over the past 20 years (45% stunting rates, 5 % wasting rates, 56% of children under 5 and 42 % of women are anaemic, and overweight among under 5's and adults is increasing).

The papers also noted how the commitment to act has grown dramatically in the past 3-4 years.  The papers identify opportunities to act for nutrition in agriculture and social protection and nutrition specific programmes.  Gaps were identified in capacity, resources, and evidence.  The potential for nutrition action at scale was noted due to the higher tax revenues flowing from Zambia’s minerals fuelled macro growth.

But there are many challenges:
However, there are plenty of causes for optimism:

As ever, civil society needs to be the lead change maker.  Social change comes from concerned and feisty citizens organizing to demand better of their often well intentioned but always busy and distracted governments.  It would be great to see a simple scorecard of government commitment that can be tracked.

A Credit Rating for Nutrition?

While I was in the country, the news reported that Zambia has been given a higher than ever credit rating by Fitch due to strong growth and sound macro policies.  This was cause for much celebration amongst the economics journalists.  Zambian civil society can become the ratings agency for nutrition.  How reliable will the government be on nutrition commitments?  Any improvement in the nutrition rating would not only be cause for celebration in the nutrition community but also for the economists.  We just need to get them to see it!

Undernutrition levels in Zambia are on the cusp of a great decline.  For that decline to happen the commitment to nutrition must be sustained--and intensified-- by all stakeholders, but especially by the body that is accountable to its citizens, the Government.  All stakeholders need to come together to push, nag, support and applaud the  Government in its efforts to do this.
Lawrence Haddad at 11:27 4 comments:
Share

If I have been quiet on the blog front these past few months, it has been because we have been working hard on the first Global Nutrition Report.

We have now completed a draft that is ready for copyediting and formatting.  It has been through 4 versions, has received countless sets of excellent comments from a wide range of stakeholders (no doubt many of you reading this) and has involved interaction with a wide range of authors (there are over 40 panels and 80 panel authors).


We are also working on a summary article for the Lancet.

The launch of the Report will be at the Second International Conference on Nutrition (ICN2) in Rome on November 19-20.

We will be using the Report to initiate a number of roundtables in Belgium, Ethiopia, India, Indonesia, Latin America, Senegal, Switzerland, US, and the UK.  They will take place between December and March.

I just wanted to acknowledge the broader nutrition community's contribution.  You have been generous with your ideas, energy, time, and constructive criticism.  Thank you.

We also have an amazing Independent Expert Group and an immense Secretariat team at IDS and IFPRI. The former determined the content, shape and flow of the Report and assured its quality and the latter did much of the analysis and writing. I would like to thank both groups.  Finally, our Stakeholder Group (including 7 funders) also deserves a lot of thanks--they have been tremendously supportive and encouraging.

Anyway, enough of that, no rest for the wicked--work on the 2015 Report starts soon!
Lawrence Haddad at 13:52 No comments:
Share

Fitting the Evaluation Design to the Intervention: New paper on nutrition and mobile phones in Indonesia 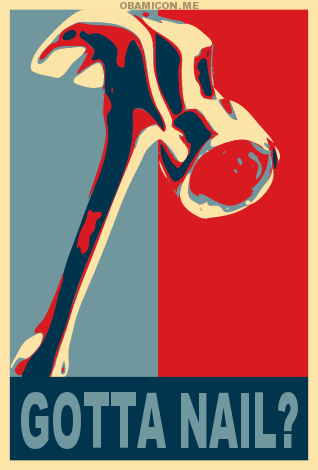 It is not often that you see a paper that outlines the process of how an intervention design was created to fit the context and features of the programme and the outcomes of interest.

Often the impact assessment method is fixed and the researchers only take on impact questions that fit the method they prefer, hence there is little effort expended in figuring out what is the right way to evaluate a given programme.

Here is a new paper from Inka Barnett and colleagues at IDS that bucks this trend.  The researchers from IDS were looking for a mobile phone intervention in nutrition to evaluate.  They found a willing partner (World Vision) in Indonesia who said this is what the intervention looks like (mobile phones in nutrition growth monitoring, counselling and service delivery) and this is the flexibility there is to adjust the intervention to permit better evaluation (not much).  The question all parties wanted the answer to was whether mobile phones are better than paper based methods for generating more accurate and timely information on nutrition outcomes and behaviours, leading to more timely and more effective action.  And if so, why?

The study is just starting, but the care with which the impact evaluation design has been created is different.  For example, for various reasons it was not possible to randomise the mobile phone versus paper method of recording, so there can be no treatment and control group.  Undeterred the evaluators scoured the evaluation toolbox and came up with a Mill's Method of Difference design (circa 1843!) which identifies the net effect of mobile phones by looking at the difference of the two methods used simultaneously by the same set of clinics and households.

I recommend the paper--a good example of how to rummage around in the big evaluation tool box for the right tool for the most important job, rather than only picking the jobs that yield to the tool you are most comfortable with using.
Lawrence Haddad at 14:10 1 comment:
Share
‹
›
Home
View web version