Latest Proposed SDGs: What are the links with nutrition?

The latest proposal for 17 Sustainable Development Goals (SDGs) came out on July 19.


What are their links with nutrition and what contributions can nutrition make to them?

Here is a quick analysis (here and below).  Out of 126 sub goals, nutrition is mentioned in 2.

I'm still digesting it, but let me know if you disagree or if I have missed anything.

As the SDGs are potentially the  major accountability mechanism for the post 2015 era we are particularly interested in this for the Global Nutrition Report which aims to promote accountability in nutrition.

Why Worry About the Politics of Nutrition? New Paper 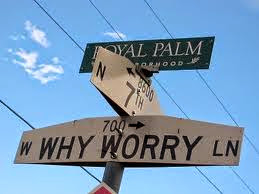 So, why worry about the politics of nutrition?

In a new (open access) paper in World Development by Nicholas Nisbett, Stuart Gillespie, Jody Harris and me, we argue that nutrition is inherently political.

First, there are the multiple sectors, power bases, alliances and aims. This entails negotiation, contestation, alliances and compromise. In short, politics.

Second, there are information asymmetries. Nutrition is highly technical.  Are complex services being delivered in a good enough way?  Are nutrition-related products being marketed responsibly?  Information asymmetries allow power to be exercised in the shadows. And that is not typically a good thing.

Finally, there is the invisibility of malnutrition: stunting is hard to see, what is being spent is difficult to track across sectors, and micronutrient malnutrition is largely hidden. Being out of the public eye means that no-one is going to be blamed if things don't improve.  Invisibility undermines accountability.

We then go on to suggest that nutrition can learn a lot from other sectors in terms of power analysis (the power to but also  power over and the power within), governmentality (moving from the conduct of government to the governance of conduct -- of all actors) and hybrid governance (moving from simple state-society interactions to mash ups or hybrids of these two types of institutions).

We also argue that governance research can learn from the challenges of nutrition and its current dynamism.  For instance where else can you see a global movement such as SUN rise in a period of 5 years or so?  The SUN movement on its own is a potential source-- and beneficiary -- of hundreds of political science PhD's.

There are of course research gaps. Can communities hold governments and other service providers to account for quality of delivery?  What are the effects of capacity gaps on nutrition outcomes --which types of capacity and at what levels?  Can commitment really be measured?  When does more timely data lead to more timely action?  Check out the Transform Nutrition RPC site for on-going attempts to fill those gaps.

So don't worry about the politics of nutrition, just recognise they exist, navigate them -- and maybe even influence them.
Lawrence Haddad at 18:23 No comments:
Share

Well, another fun and intense week of learning, sharing, inspiration and laughing has finished.  Once again the Brighton weather over performed, as did the participants.

We had about 30 participants from Africa, Asia, Europe and the Americas. We were national policymakers, programme managers, UN agencies, donors and researchers --all learning together.

One key part of the programme is for participants to break into working groups and develop an action plan for a problem they have identified in their country, state or organisation (e.g. how to increase uptake of nutrition services?  How to move nutrition up the political agenda? How to get a budget line established for nutrition?)

On the final day of the course the plans were presented to a panel who gave feedback.  This year we had 7 groups: Ethiopia, Odisha, Madhya Pradesh/Bihar, Malawi/Zambia, Ghana/Tanzania, Nepal/Timor Leste/Lao PDR (or NeTiLao!) and a global group.

Some reflections from me on their presentations:

1.  The chicken and egg dilemma. Several of the plans noted that it takes resources to make the case for increased resources.  We reflected that change usually takes sacrifice of committed people to push for change even while they already have day jobs.  It helps if you can plausibly show that increased resources will lead to improved outcomes

2. Focusing on a problem does not necessarily lead to a narrow plan of action.  Even the most focused problem identified by the groups required a broad range of alliances, actions and capacities to overcome.  Consider the increased uptake of antenatal services:  is it low demand or poor quality supply?  On the demand side is it discrimination or universal norms that need changing? On the supply side is it front line worker capacity or capacity elsewhere in the system?

3.  Who is going to do this?  Often brilliant plans were put in place about what, when, where and how of actions.  But the "who" was much more difficult.  Related to point 1, who is going to go beyond their job description?  Changing job descriptions is hard--it requires taking on vested interests, has resource implications and is a big change to take on for an unproven set of actions.

5. Be explicit about what's in it for me?  If we want multiple sectors to work on and with nutrition we have to be strategic about figuring out what is in it for them. Some of the country plans were very strategic--focusing on 2 or 3 ministries where alliances could really pay off rather than worrying about all 12 potential ministries they could work with.

7. Accountability is rising up the agenda. The plans focused on accountability, things like: budget transparency, community feedback, real time monitoring of outcomes.  This felt different to previous years' plans.  It was not enough to formulate the plans but how would we monitor implementation of them?

8.  It is not all about financial resources.  Often we have a knee-jerk reaction to throwing more money at the problem.  These plans had some of that but were more focused on capacity gaps.

9.  The capacity debate is getting more sophisticated.  On capacity, there was a great deal of emphasis on building capacity to scale up implementation.  Capacity audits were to be instigated and ways of upgrading skills, strengthening incentives and improving the system as a whole were highlighted.

10.  Finally there was a sense that nutrition had moved on.  One of the panelists who had served the same role in 2012, our first year, said that she felt the plans were very different from her previous engagement.  Back then it was about getting someone to pay attention to nutrition.  Now it is about delivering under their gaze.   If our composed and steely participants are anything to go by I have no doubt this will happen in many places.

We will be running the course in Brighton in July 2015.  Watch out for our call in January.
Lawrence Haddad at 09:46 2 comments:
Share 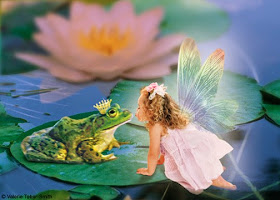 Last week Richard Horton, the formidable editor in chief of the Lancet wrote a piece in the journal entitled " Why the Sustainable Development Goals will fail".

Based on his reading of the latest zero draft (rev 1)  of the "Proposed Goals and Targets on Sustainable Development for the Post-2015 Development Agenda" he states:

"The SDGs are fairy tales, dressed in the bureaucratese of intergovernmental narcissism, adorned with the robes of multilateral paralysis, and poisoned by the acid of nation-state failure. Yet this is served up as our future."

My reading of his critique is that it centres on 2 related things (1) there is little attempt to think about what sustainability really means and how it should shape the SDGs (Horton's list:  intergenerational equity , externalities, resilience, wellbeing, capabilities, and the strength of our civilisations) and (2) many of the goals are "negotiated wish lists" that focus on business as usual.

At first when I saw the title of his piece I thought he was going to complain that the SDG process was thinking big impractical thoughts.  But on reading the SDG zero draft and his review, it is clear that he thinks the SDG process is not doing this.  I agree with him.  The SDG process does not seem to have started with ideals and worked towards a result.  Rather, like some of the teams at the World Cup, the process is being ruthlessly pragmatic, wishing not to fail than daring to succeed.

However I am not quite as pessimistic as Horton about what the SDGs may look like.  There is still time for a really good SDG outcome.  The deadlines will focus the minds.  The process is too open for mediocrity to prevail.  We may not get the expansive and symphonic vision that Horton calls for but we might just get what we need: a set of goals that balances the needs of the current generation with those of the future ones, one that balances outcomes and accountable choices and one that injects a little more poetry into the, so far, rather dull prose.

Thanks to Richard for injecting some poetry into the debate.
Lawrence Haddad at 20:15 No comments:
Share

Leadership in Nutrition: Some New Findings 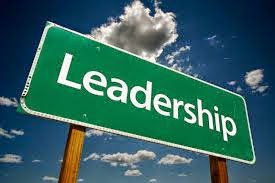 Leadership has been identified as a key factor in supporting action on nutrition in countries experiencing a high burden of childhood undernutrition, but there have been very few systematic studies of what supports or constrains leadership in nutrition.

A new IDS Working Paper by Nicholas Nisbett (I'm one of 3 co-authors) was just published on what supports or constrains effective leadership in nutrition.  It is based on a 4 country set of interviews under the Transform Nutrition Research programme. A summary of the 4  questions posed, the key findings and  the implications are listed below.

It is a study of individuals identified as influential within nutrition in Bangladesh, Ethiopia, Kenya and India (through a NetMap and follow up analysis) and it examines why particular individuals champion nutrition policy, and how they operate in the wider policy and political environments of their countries.


Based on analysis of 89 interviews, the paper considers how individual (adult development) capacities, knowledge and motivations, and wider political economy considerations structure the ability of these leaders to think and act.

The paper argues that only by locating individuals within this wider political economy can we begin to appreciate the range of strategies and avenues for influence (or constraints to that influence) that individual leaders employ and face. We review the literature in this area and suggest a number of ways in which we may support, nurture and develop nutrition leadership in future.

The bottom line is that leaders are important for reaching outside of the nutrition community to influence those with power, influence and resources. And while the fortuitous emergence of nutrition leaders is wonderful, we cannot wait for leaders to emerge randomly, we must nurture their emergence and development.

More emphasis needs to be given to leadership development in nutrition--to help bridge sectors, disciplines and generations. Efforts to build leadership such as the UN’s REACH, the SUN movement and regional initiatives such as the African Nutrition Leadership Programme and Action Against Hunger’s support for Nutrition Champions in West Africa need to be supported and nurtured. 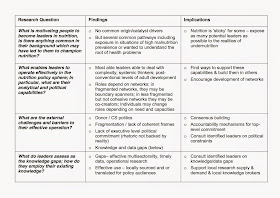