Economic Growth in India in the context of a Gandhi vs Modi election: for what and for whom?

On Wednesday PRIA and IDS co-hosted a Question Time style panel on economic growth--what is it delivering and for whom?  We had Isher Ahluwalia, Santosh Mehrotra, Biraj Patnaik and Santhosh Mathew on he panel, chaired by Rajesh Patel, President of PRIA.

It was a lively discussion, with passion, frankness and  insight displayed by panel and audience alike.

Some key takeaways for me....

1. All of the panelists said that growth was essential for development.  I was a little disappointed that there was not a greater recognition that certain types are essential and other types are irrelevant and could be harmful (e.g that which corrupts and pollutes).  There seems to be an acceptance that these things are the price one has to pay for the good things that growth can generate (e.g. poverty reduction), but I simply think there is not enough of a focus on the quality of growth and the kinds of choices that Ha Joon Chang lays out in his book, 23 Things They Don't Tell You About Capitalism.

2.  We were reminded about how much economic growth of the period 2004-2010 (the highest growth period) reduced income poverty incidence (P0 the % below the poverty line)--over 100 million.  But there was no mention of the poverty gap (P1) and the poverty gap squared (P2) which measure the depth of poverty and are less sensitive to families just clawing their way above the line to make a big differences to the statistics.

3. There was little mention of inequality, and yet Brazil's success is decreasing inequality was lauded.  I think it is probably easier to reduce very high inequality levels than it is to curb increases in lower initial levels, but I was surprised this issue did not surface, especially as I could see  Brazil/Turkey/Egypt style  unrest occurring over high tax rates and poor quality services.

4. Someone in the audience said, does it matter what public policy types think?  Surely all politicians care about is vote getting?  The panel said they were glad that politicians were so focused on doing things that captured votes (worse if they were insensitive) but they acknowledged that this led to short termism and populism.  There were also concerns that the media was now in hock to big businesses aligned with certain parties and what would this do to further corrode trust between the voters and politicians.  One idea for the panel was for civil society to align more around electoral units than administrative units, thus generating more political heat for poor public policy choices and electoral reward for the good choices.

5. Corruption was highlighted as a big issue in the growth story--was is a consequence of growth or a driver of it?  Views here were really mixed with some data cited that showed leakage and diversion from food programmes declining with others highly sceptical.  In a context of distrust it is obviously going to be a challenge to get credible data on corruption and for it to be seen to be credible!

6. On nutrition, I asked the panelists if the Government of India cared.  One of the panelists firmly said "no", the others chose not to defend the Government's record. To be fair all of the panelists recognised the need to do something about India's appalling record on sanitation and solid waste disposal.   At an earlier meeting with the Coalition for Sustainable Nutrition Security in India it was clear that the States are the drivers of innovation in nutrition, with Odisha and Maharashtra being cited frequently.

7. Finally on urban development, one of the panelists raised the importance of cities as drivers of economic growth for urban and rural areas, but that this would require infrastructure of all types to be built (roads, electricity, sewage) of course the strategic choices here are whether to invest in infrastructure that maximises growth or that which maximises poverty reduction.  Studies in Indian agriculture by Shenggen Fan have shown that these two aims lead to different patterns of investment.

All in all an interesting discussion on an impossible set of exam questions (growth for whom, for what, and what to do about it?).

At least there was the beginning of a recognition that the quality of growth is at least as important at the quantity.  This debate is only going to heat up as we near the election, especially give the rise of the BJP Chief Minister of Gujurat, Narendra Modi who is promising to focus on improving basic services for the poor and to tackle corruption, which he says is an inevitable consequence of social protection programmes promoted under the Singh/Gandhi Congress Government.  Its going to be an interesting 6 months in the world's largest democracy.

Haiyan--the meaning of a name 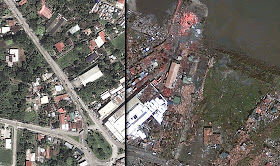 Haiyan is a girl's name. It is a rare name. Ironically it means sea swallow. The website www.themeaningofthename.com suggests "there are at least 2500 persons in the world having this name". Bizarrely this is the number of those who are estimated to have died in this tragedy--to have been swallowed by the sea.

Tragically these typhoons and hurricanes are not rare. They happen with regularity to countries in the South and South East Asian region. The World Bank released a report over the summer reviewing the science on cyclones. The science is not clear on whether there has been an increase in the frequency of cyclones, but the evidence is clear on projections of the increased intensity of cyclones--more rain, more wind, more strength--as a result of global warming.

Does this increased intensity have to mean more devastation?
190 mile an hour winds are going to do a lot of damage, no matter where in the world they land, but if you look at the disturbing before and after pictures (e.g. above) you can see it is the least solid buildings nearest to the coast that are obliterated.

Haiyan also means "heart". The Philippines was the first country I ever visited outside of North West Europe and I know its people well enough. They have heart and courage and they will get through this.

But lightning really does strike more than once--and it projected to be stronger than ever. ASEAN governments, the ADB and the rest of the development community needs to prevent another cyclone obliterating a population the size of its own name. It can be done.
Lawrence Haddad at 07:18 No comments:
Share

Double Dutch: TV Interview with Haddad on Malnutrition from VPRO in the Netherlands


Here is an interview (25 minutes!) I did with a charming interviewer from Dutch TV station VPRO on hunger and malnutrition. I don't look this geeky all the way through it, I promise.

Indian Growth: For Whom and For What?

I will be travelling to Delhi to participate in a PRIA-IDS panel seminar on:

Indian Economic Growth: For Whom and For What?

An election is coming up in India, and with economic growth still relatively strong the disconnects between human wellbeing outcomes and growth become even more striking.

The panel will pick up on some of the themes highlighted by the recent exchanges between Sen, Dreze, Bhagwati, Dasgupta and Panagariya on India's "Arrested Development".

The event is on November 27 at the Habitat Centre.

See you there!
Lawrence Haddad at 07:35 No comments:
Share

Reaction from Ireland to the Lancet Series and to HANCI

Yesterday I was in Dublin at Trinity College presenting on the Hunger and Nutrition Index (HANCI) at a morning symposium jointly arranged by Concern, Trinity, Irish Aid and the Development Studies Association of Ireland.

Bob Black started the morning session with an overview of the Lancet series on nutrition and then I continued with HANCI.

One of the nice things about the way it was organised was the ample time for discussants and questions from the audience.

There were some good questions, here are some I noted down:

On the Lancet Series:


All good questions and I do not have an immediate answer to many but these are questions we will take on in the next round of HANCI published in 2014.

It was interesting and encouraging to talk to the Irish government colleagues who were saying what can we do in Ireland to improve our ranking (already a good 5 out of 23).  And we were told that HANCI has provided a useful starting point in conversations between government and civil society on the nutrition landscape in Zambia and Tanzania.  Clearly we have to do a better job of capturing these uses.

The quality of the debate in the Trinity College audience was very high indeed.  Ireland is a relatively small country but it is punching well above its weight in terms of fighting malnutrition and hunger. It is a real leader and long may that continue.
Lawrence Haddad at 06:23 No comments:
Share

In Praise of Arne Oshaug: Gentleman, Hell-Raiser, Peacemaker and Scholar of Nutrition 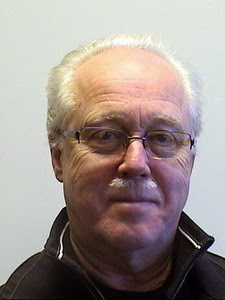 I was really pleased to be able to contribute to a seminar held yesterday in honour of Professor Arne Oshaug of the University College of Life Sciences in Oslo.  (Arne is retiring his post, though I imagine he will not notice.)

I first met Arne at a UN Standing Committee on Nutrition (SCN) meeting in the mid-1990s.  At that time the SCN was full of squabbling UN agencies, and Arne, representing the Norwegian Government at these meetings, often seemed like the only grown up in the room.

He has a calmness about him that cannot mask his burning desire to see malnutrition decreased. He was always calling the UN agencies on their often petty squabbles, even though he risked being shunned by them.

Arne has an interesting career—from pantry boy in the merchant navy, to highly skilled cook in a top rated hotel to nutrition researcher to a top civil servant in the Ministry of Agriculture to Professor of Public Nutrition (public nutrition says we want to reduce malnutrition and we are going to use all policy mechanisms available, whichever sector they are found in—an innovative programme that Arne helped to develop in the teeth of much opposition).

As a nutritionist he has worked in some fascinating contexts.  For example, he worked on the oil rigs in the North Sea, trying to figure out how oil rig workers could be enticed to eat healthier food.  The companies that ran the rigs used copious food to keep their workers happy--unfortunately the all you can eat approach combined with high fat and high sugar foods meant that the oil companies were becoming known as the heart attack kings.  Arne and colleagues helped introduce healthier foods and reduce the fat and sugar in the unhealthier foods.

When he was at IFPRI with me as a Visiting Fellow I gave him the job of getting a group of young and bright but fractious researchers to work together better on developing a new research agenda. Instead of knocking heads together he won them over with his broad and deep understanding of nutrition, the wisdom that his life experiences had given him and his good humour.

My talk at the seminar in honour of him was on my familiar themes: accountability, commitment, responsiveness, capacity and financial resources—and only in preparing for the talk did it dawn on me how much that this agenda has been affected by the rights focus and, in turn, how much Arne’s work has influenced my own.

Arne Oshaug: a gentleman, hell-raiser, peacemaker and scholar of nutrition.  An unsung hero, and way ahead of his time.
Lawrence Haddad at 08:36 1 comment:
Share
‹
›
Home
View web version